The following Q & A segment offers a little more “personal insight” into the life and career of Bobby Vee. 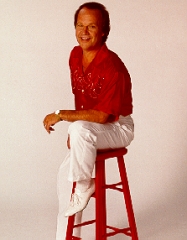 Much has been written about the plane crash that took the lives of Buddy Holly, the Big Bopper and Richie Valens and their pilot Roger Peterson, after their concert in Clearlake, Iowa on February 3, 1959. What are your memories around filling in that evening?

I was in my sophomore year at Fargo High School and home on my lunch break when my brother Sid told me about a news flash he had just heard on the radio about Buddy Holly, Richie Valens and the Big Bopper being killed in a plane crash in Iowa. I was sure he had heard wrong. They were due to play in Moorhead that night along with the Crickets, Dion and the Belmonts and Frankie Sardo. I had my ticket. Holly and the Crickets were my favorite band. I had every record of their young career. “Buddy Holly, Richie Valens and the Big Bopper, scheduled to appear at the Moorhead Armory this evening were found…” went the KFGO radio report over and over again. I was in shock. The promoter, Rod Lucier, and the radio station announced that the remaining acts would appear as scheduled and asked for local acts that could help fill in. Think about that! They really believed “The Show Must Go On” story. Or maybe, they were in shock too and just doing the best they could. Jim Stillman called the station and was told to have the band backstage at 7:00 PM. Backstage was nuts. Original “Crickets,” Jerry Allison and Joe B. were nowhere in sight. There were some “new” Crickets. Tommy Allsup on lead gitar and Waylon Jennings on bass. Bill and I both remember Tommy’s eyes, glazed and dazed. Shock! Charlie Boone, local “king of the airwaves” was the host that evening and what a job he had. It was a rock ‘n’ roll wake and Charlie did a masterful job of presenting what would seem like an impossible evening. No one else seemed to know what to say or how to say it. Bob Becker’s band, Terry Lee and the Poor Boys, showed up and waited in the wings with us. The curtain opened and after a brief announcement by Charlie, the show began. Someone, I think Waylon, sang “Donna.” Eight-year-old Ron Kerber sang, “He’s Got The Whole World In His Hands.” Bill borrowed a guitar strap from some guy with a guitar…Dion. We climbed on stage, knees knockin’. “What’s the name of the band?” Charlie asked. Pause…(we didn’t have a name). “The Shadows,” I replied. “Ladies and gentlemen…The Shadows,” Charlie announced and we were off into a rock ‘n’ roll twilight zone. I knew all Holly’s songs but I didn’t sing any that night. After the show we met Charlie’s agent, Bing Bengtssen. “Good job, boys,” Bing commented. “Call me if you’re looking for work.” By late the next day, he was our agent.

Bob Dylan played in your band, The Shadows, for a brief time in 1959. What were the circumstances around your paths crossing and is it true that you fired him?

While The Shadows were on the road the summer of ’59, we talked about how cool it would be to have a piano in the band like Little Richard or Scotty What’s-His-Name, with Gene Vincent. Not any old piano player but someone who could put it down like Jerry Lee. But hey…the ’50s was about Fender guitars…not pianos! We couldn’t find a rock ‘n’ roll piano player anywhere. Then one day my brother Bill came home and said he was talking with a guy at Sam’s Recordland who claimed he played piano and had just come off of a tour with Conway Twitty. Bill made arrangements to audition him at the KFGO studio and said he was a funny little wiry kind of guy and he rocked pretty good. Wow!!! This must be the guy! He told Bill his name was “Elston Gunnn” (with 3 n’s). Kind of weird but let’s try him out. By now, we were making enough money to buy him a matching shirt and with that…he was in The Shadows. His first dance with us was in Gwinner, ND. All I remember is an old crusty piano that hadn’t been tuned…ever! In the middle of “Lotta Lovin'” I heard the piano from hell go silent. The next thing I heard was the Gene Vincent handclaps, bap bap…bap…BAP BAP…BAP and heavy breathing next to my ear and I looked over to find Elston Gunnn dancing next to me as he broke into a background vocal part. Obviously, he had also come to the conclusion that the piano wasn’t working out. The next night was more of the same. He was good spirited about the fact that none of us had the money to secure a piano for him and there were no hard feelings on the part of anyone as he made his exit for the University of Minnesota. Bill was right. He sure had the spirit and he rocked out in the key of C. We felt bad that it didn’t work out. Hey, he would have been great on the Floyd Cramer tunes. That’s basically the Bob Zimmerman story as it relates to The Shadows. Bob aka Elston aka Bob Dylan. It’s been easy to chuckle and to minimize the story in view of Elston’s amazing success. It was even suggested at one point that he had been fired. Not true. The truth is simple…it just didn’t work out. What I remember most is his energy and spirit. Confident, direct and playful. A rock ‘n’ roll contender even then.

What is the largest audience that you ever played to?

110,000 at Lake Pontchartrain, Louisiana. The show was in the early ’60s and included Roy Orbison and The Everly Brothers among others. A couple of nights before we played to 50,000 at the Gator Bowl in Jacksonville. Jerry Lee Lewis was also on the show and complained to the audience that they had eaten all the free hotdogs leaving none for him. Within seconds, hundreds of hot dogs were sailing like missiles towards the stage.

What was the funniest moment in your career so far?

A few years ago, I did a show at a cattle auction. One of the stables had been dressed up (they swept it out) for the big show. The joint was jumpin’ when one of the cows got loose, burst into the room, knocking over tables and chairs and cowboy “what-not” and fell into line with about fifty fun lovers who were doing the bunny hop to “Walking With My Angel.” The cow never quite got the Hop Hop Hop part!

After all these years do you still enjoy traveling and performing as much as when you were starting out?

My sons Jeff, Tom and Robb have been working with me for the past couple of years and it has been fan…tastic!!! They are excellent musicians and we all get along great. When I’m not working they perform in their own rockabilly band, The Vee’s and enjoy a loyal following in the upper mid-west. Since I’m talking about family, I want to add that my daughter Jennifer is a graphic designer in Minneapolis. She gets the “first call” when we need art work for the studio. Back to performing…in addition to our shows here in the US, we’ve had an international year performing in Australia and England. September, 1995 we were invited to London to celebrate Paul McCartney’s “Buddy Holly Week,” sharing the bill with Carl Perkins and The Crickets and it was one “rockin’ evening.” At the end of the night McCartney climbed on stage for a rousing finale’ of Holly’s “Rave On.” In contrast to that, June, 1996 we were invited to perform at Andrew Lloyd Webber’s Sydmonton Festival and also for a post show celebration of the opening of his latest musical, “By Jeeve’s.” It was another spirit-filled mini-tour to remember. The party ended with Andrew joining us on stage for a version of the Everly’s “Cathy’s Clown.” The joint was jumpin’!!! No, every night is not that eventful but I can honestly say that I am having more fun performing now than ever and I feel grateful for the many loyal friends and fans that I have come to know over the years. England has always been a special place to me, performing or just relaxing. I spent a lot of time there in my early years and it feels like a second home to me. Last year in a poll taken by UK magazine, “The Beat Goes On,” I was thrilled to be voted number 1 “Best International Act.”

What career would you have followed it you hadn’t become a musician?

I enjoy painting. Maybe I’d be in Cornwall painting pictures of old England. Or possibly I’d still be standing on the corner selling the “Fargo Forum.”

Who has been the biggest influence in your life?

In the big picture, my wife Karen. In my early years it was my family, everybody sang and played something. My older brother Bill taught me how to play the guitar. Around that time it was Hank Williams, Hank Snow, Elvis and Buddy Holly and the Crickets.

Do you any new recordings?

Yes…new old ones! I always have a project or two in the works. “I Wouldn’t Change A Thing” is the latest CD on Rockhouse. Cuts include: Whatever Happened To Peggy Sue, written by Tim Rice. Nanci Griffith and Brian Hyland help out on some of the vocals on the new CD. Two new releases have come out in England: “THE ESSENTIAL AND COLLECTABLE BOBBY VEE,” a double CD containing 50 tracks including twelve un-issued tracks from the sixties; “Merry Christmas From Bobby Vee/ The Wonderful World Of Bobby Vee,” two early albums on one CD. If you have time check out the “Neat Stuff” page for product that is currently available on me and The Vee’s!